the proposal outlines an urban architectural event, which transforms the district, constituting the scene with respect to the city of milan and the background with respect to the garden of via Odazio: a welcoming and dynamic multipurpose space, which creates an ambivalent feeling of familiarity, intimacy and sociability. the masterplan completes the urban texture through the recesses of the buildings of the district, working on the relation between empty and full spaces, to compose a system of interconnected public spaces. the proposal celebrates openness and encourages public engagement.

the urban network has its pivot in the library, intended as an architecture that produces links between building and neighborhood; a place for everyone to experience oneself and books. the design of the open spaces renews and modifies the garden of via odazio, generating a more flexible and intertwined grid of paths, grafting the trees in coherent positions with the network, connecting buildings, streets and open spaces to each other and giving fluidity and continuity between internal and external space.

the library as an urban landscape outlines a spatial model that includes and assembles spaces for learning, meeting, performance and inspiration, so as to be able to configure itself as a digital fab lab, a venue to host and structure a physical and digital network between people.

the library is an assemblage of different and dynamically interconnected spaces: a combinatory mashup of volumes and plans, which ended in a garden in the clouds. 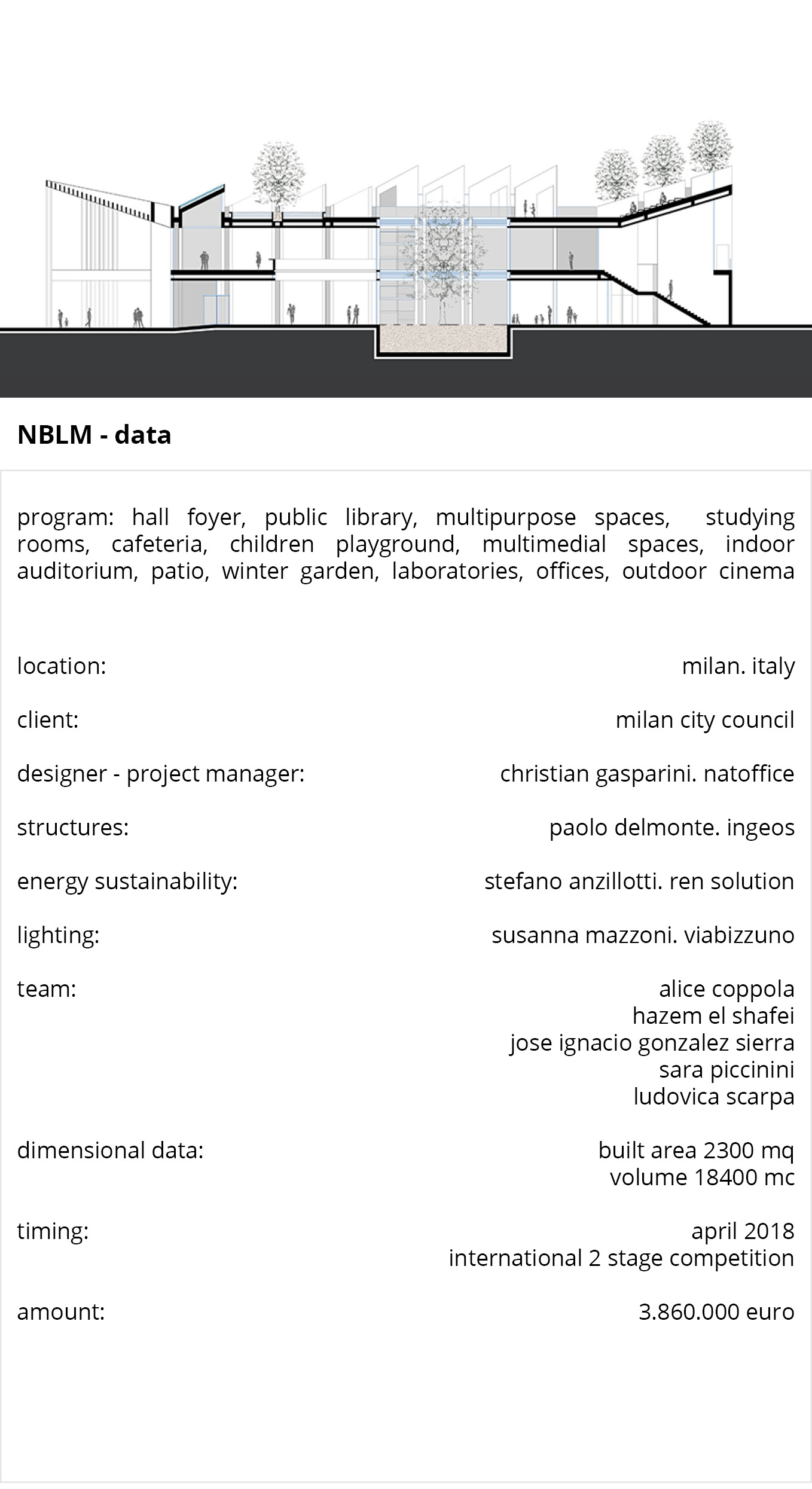