learning from nature we designed the cultural centre by overlapping an honeycomb structure on the site. in ancient times mud hives were used in egypt and in the middle east. the honeycomb concept states that a regular hexagonal grid or honeycomb is the best way to divide a surface into regions of equal area with the least total perimeter. sharing walls means saving materials, work costs, time and soil. so we can use the territory sparingly and we have the possibility to reach the programme building requirements. the honeycomb exagonal grid also contains an idea of community and sharing space, because the obtuse angles allow to facing in more directions towards the landscape that surrounds the cultural centre and in the same time to focus on the inner and central part of the space.

the open air spaces, walking areas, meadows and water pools with border bench are created through the honeycomb envelope and try to transform the designated green zone in an ecological system of Bamiyan cultural and natural heritage.

the project supposes the possibility to conduct river water to the cultural centre so to transform completely the place and configure a new environment, defined by the local trees species, located into a large water pools, that mitigate in the summer the hot dry local climate as evaporation pans. the cultural centre would like to become the bamiyan home, able to render the identity of the place and landscape 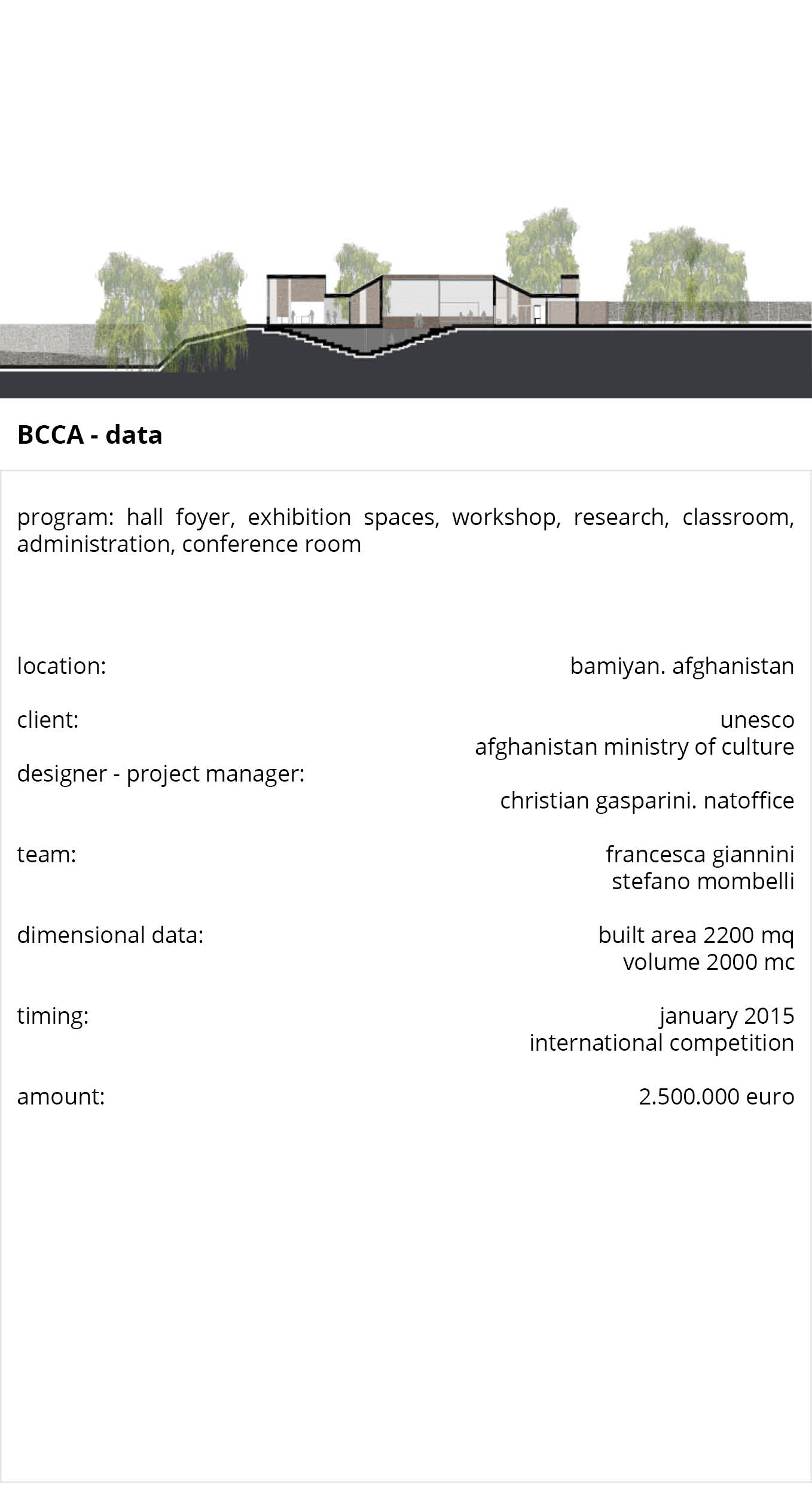