the idea at the base of the new project, vice versa, turns the building upside down starting up from the objective, material, structural and positioning data, thus alllowing the surrounding landscape within itself and redifining a building “box” taylored on the existing, but completely new in the phisical and perceptive dynamics established with the context.

the building was expanded by erecting a new shell which contains the previous one and that is elevated differently from the ground floor according to the different sides and it works adding or deducting in regard to the existing volumes. the main characteristic of the building is its volumetric doubleness, since it is generated by two opposit and slightly different volumes that point out, also on an internal levels point of view, two different parts maybe built in different ages.

all the indoor and outdoor, open and close, covered and uncovered spaces are developed according to the landscape in order to enter it from the house or to host the house itself in a neverending dialectic between outside and inside, thus creating a bioclimatic and sustainable system of volumes, transparencies, fronts, sunscreens and materials. 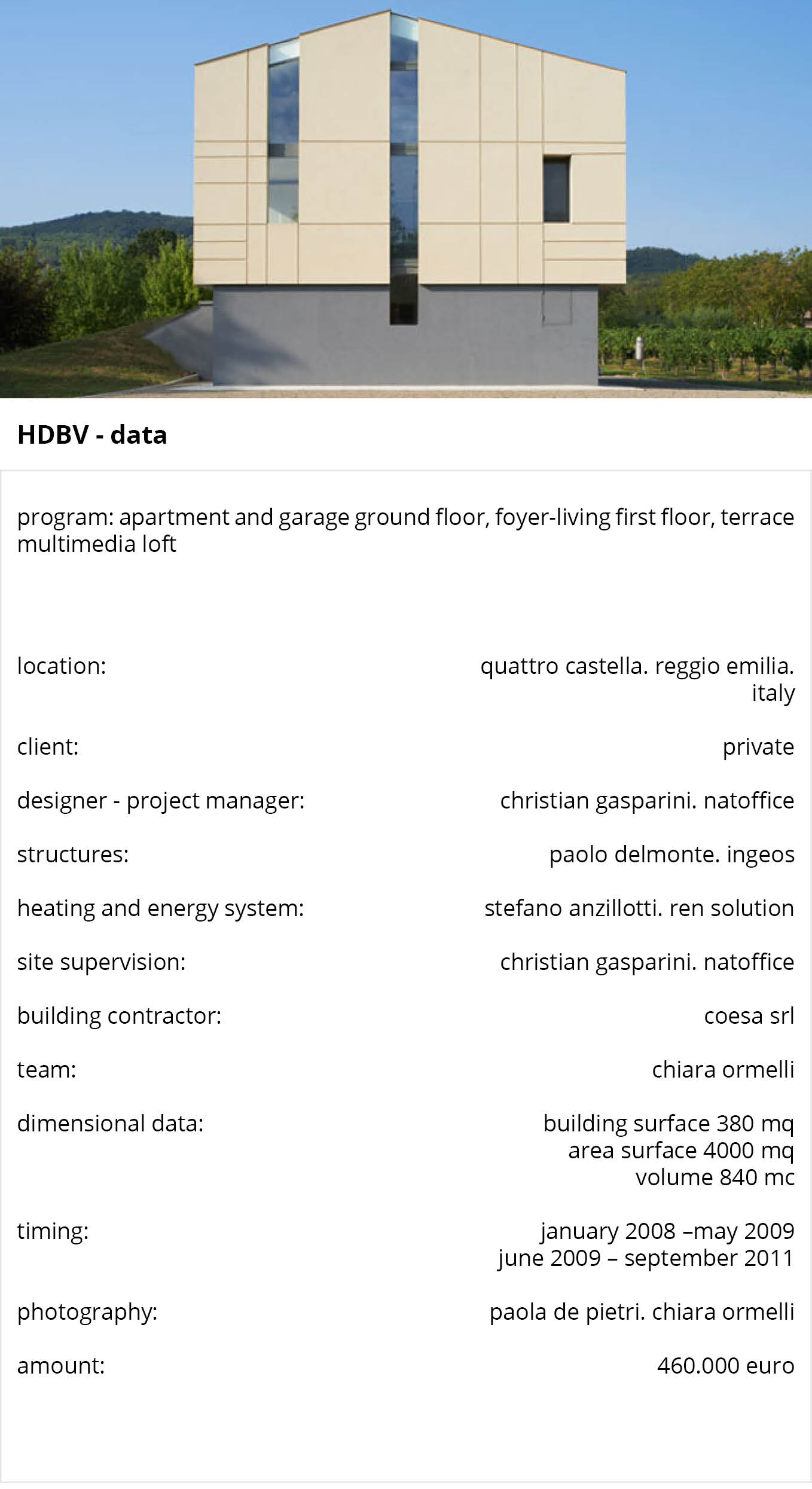