the city is declined as natural paradigm of the spontaneous architecture in its ability to let each building have a free access and view to the seaside and to link and connect among themselves the houses on the hills, the empty spaces, the city and the main port.

the project develops this trace with a minimal approach mode able to improve the environment of the public spaces, the perception and use of the connecting spaces of the hills and in between through the use of curtains or fishing nets that, hanged to the electric line cables, constitute a set of stripes (far away segments) and reconfigure the perception of the center by highlighting some streets and creating a physic-perceptive strip, maybe liable, between the natural architecture of the cerros, the level of the city and the sea.

the sails, horizontally or obliquely fixed between the houses, create, by night and with the lights hanged to them, a set of lines that complete the sightseeing of the see from Valparaiso, underlining the originality and value of this natural urban network. the sails stop at the sightseeing points, road crossings and squares to allow the view of the sea and correspond to the pauses in the sensorial experience of the places.

at the same time, the material and tectonic modification of the routes configures itself and relates to the shape of the geological site using the very same rule used in the building of the houses. 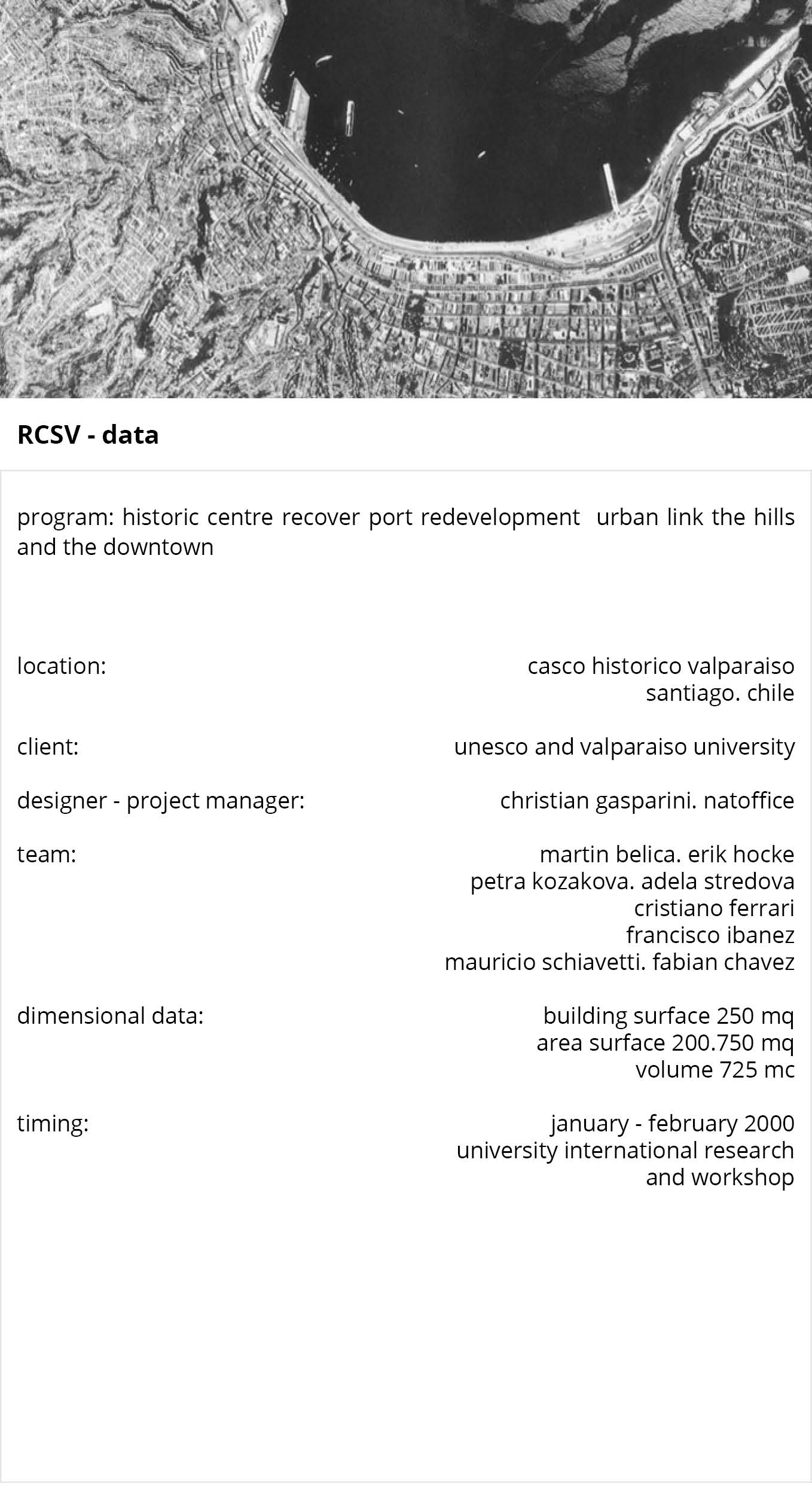