the project idea is developed on the trace of a dialectic between the polyvalent theatre conceived as cultural production machine and instrument and the outdoor cavea, social arena and square, as its antipole.

the indoor auditorium, a space cave but full, that can be under the gound level and the urban squarem open and empty space, as scene of the city life.theatre and square are connected in a single structure as different stratifications of the same perceptive mechanism, the one of the public located in a single place and turned to the scene.

the underground auditorium turns towards the castrense and the seaside while the square-arena is the coverage of the auditorium: it turns to towards the historic centre, to the castle, watching over form its 7 to 8 meters, and making visible historic and urban link between the polyvalent theatrical structure and the city.

then the new structure becomes, thanks to its visual, material and geographic – placement features, the door of the city, elevated public square available to be walked through the project and, more exactly the idea of an overground square conquer back a landscape dimension (even if virtual), a connection perceptive-visual with the built city. 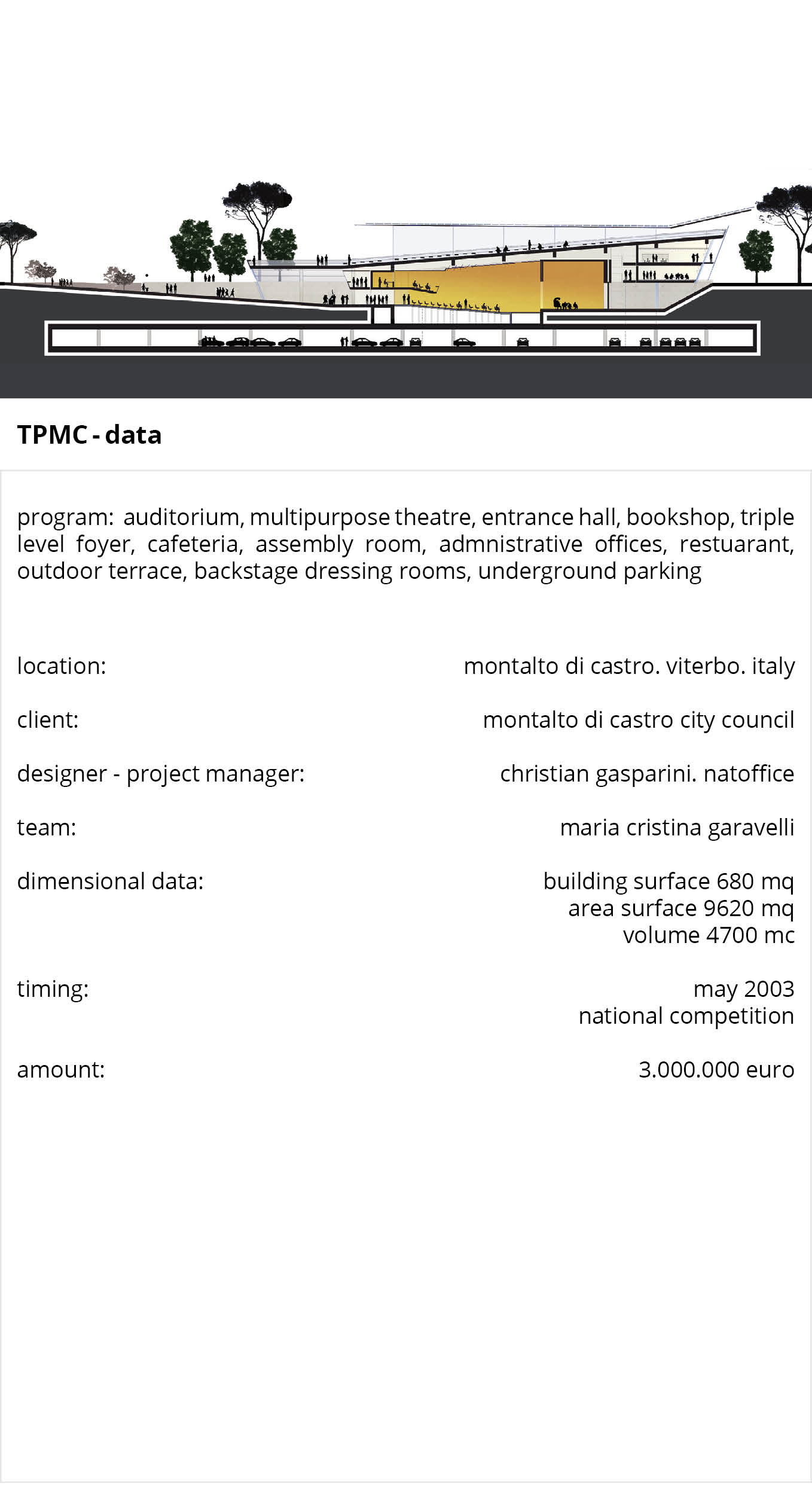