the building is then interpreted as potential catalyst of flows and routes that considers the existing different entrance levels not as an obstacle to the creation of a cultural centre but as potential distinctive characters of the building and of its placement inside the city.

such vision collides with and idea of conservation of the building that does not limit it to its proper functioning only by shutting it into a shrine (box) but that places it into the city circuit as attracting pole, place of meeting and cultural learning, prominent historic architecture that opens itself towards the citizens and represents en element of their identity with the outside, the other villages, the artistic, turistic and naturalistic itineraries. 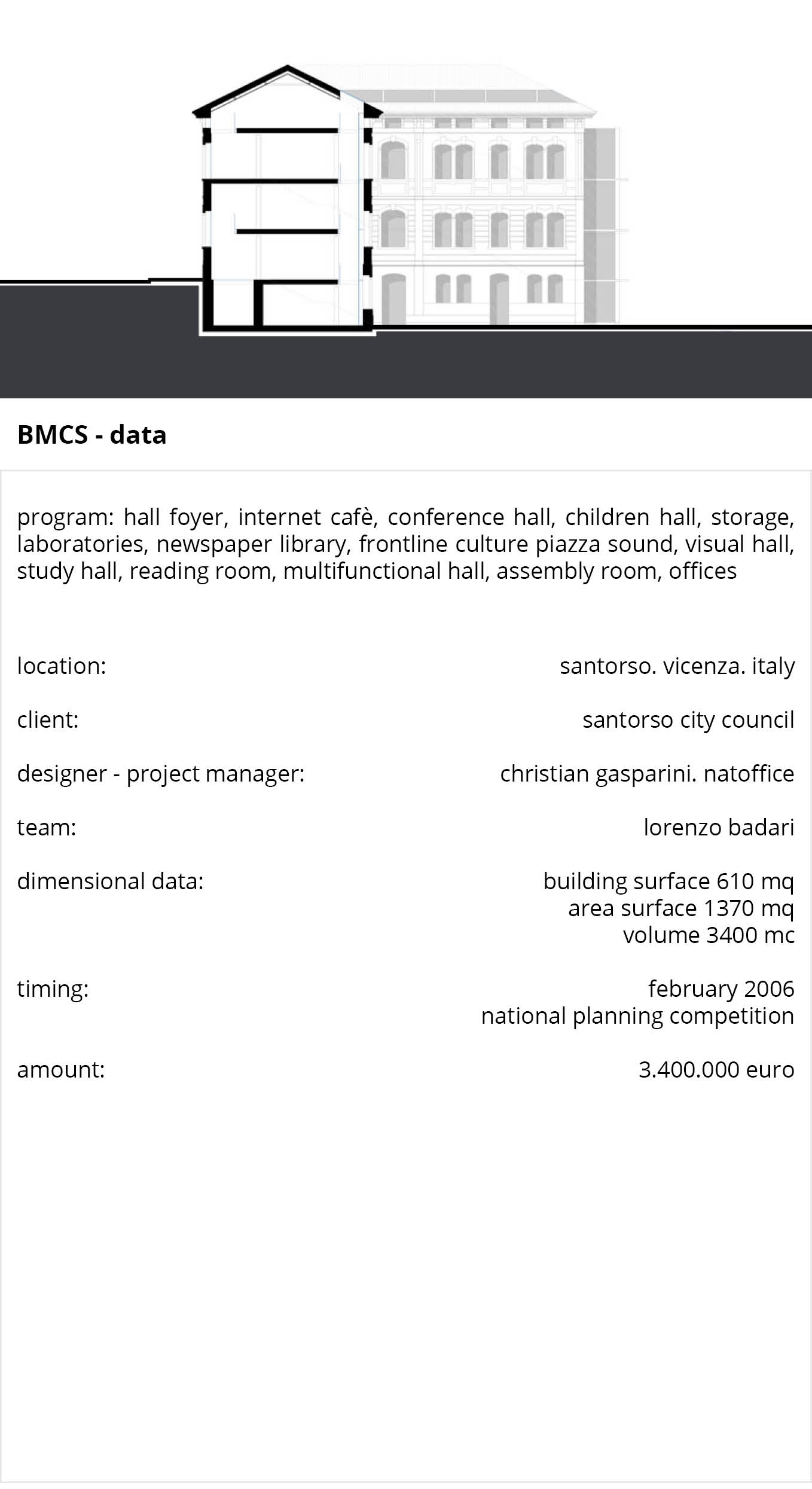