the plan of the new cultural centre alessandrina city configures itself in continuity with the existing urban texture intended as morphological matrix of the project and it conforms to the oragraphy of the territory as a chassis, moving towards the building of a new urban connecting plate that expands the territory shared of the neighborhood as horizontal surface of generation of the cultural centre.

such new territory, conceives as an horizontal crossing slab, discloses an underground level (compared to the alessandrino neighborhood), but homogeneous at the priority level of the vallum, holding all the technical element of service for the cultural centre (stairs, services, installations, warehouses) in addition to the public parkings and some open spaces (garden-square for the open air concerts) and to the spaces for the swimming centre made of a covered and open air swimming pool for the neighbourhood and reachable from the different levels of the cultural centre and of the alessandrino park.

the same plate transforms the walking level of the neighbourhood ground level of the cultural centre intended as network of public open and transparent spaces on the ground floor and placed 3 meters over the level of the vallum.

the tower shaped media library (vertical blade), that becomes urban architectural event at the walking level, places itself in continuity with the foyer of the cultural and educational centre on the double and triple height spaces that cross the plate in vertical, true gravitational pole of the public spaces. the crossing of vertical and horizontal blades  creates a urban layer that adheres to the orography of the territory. 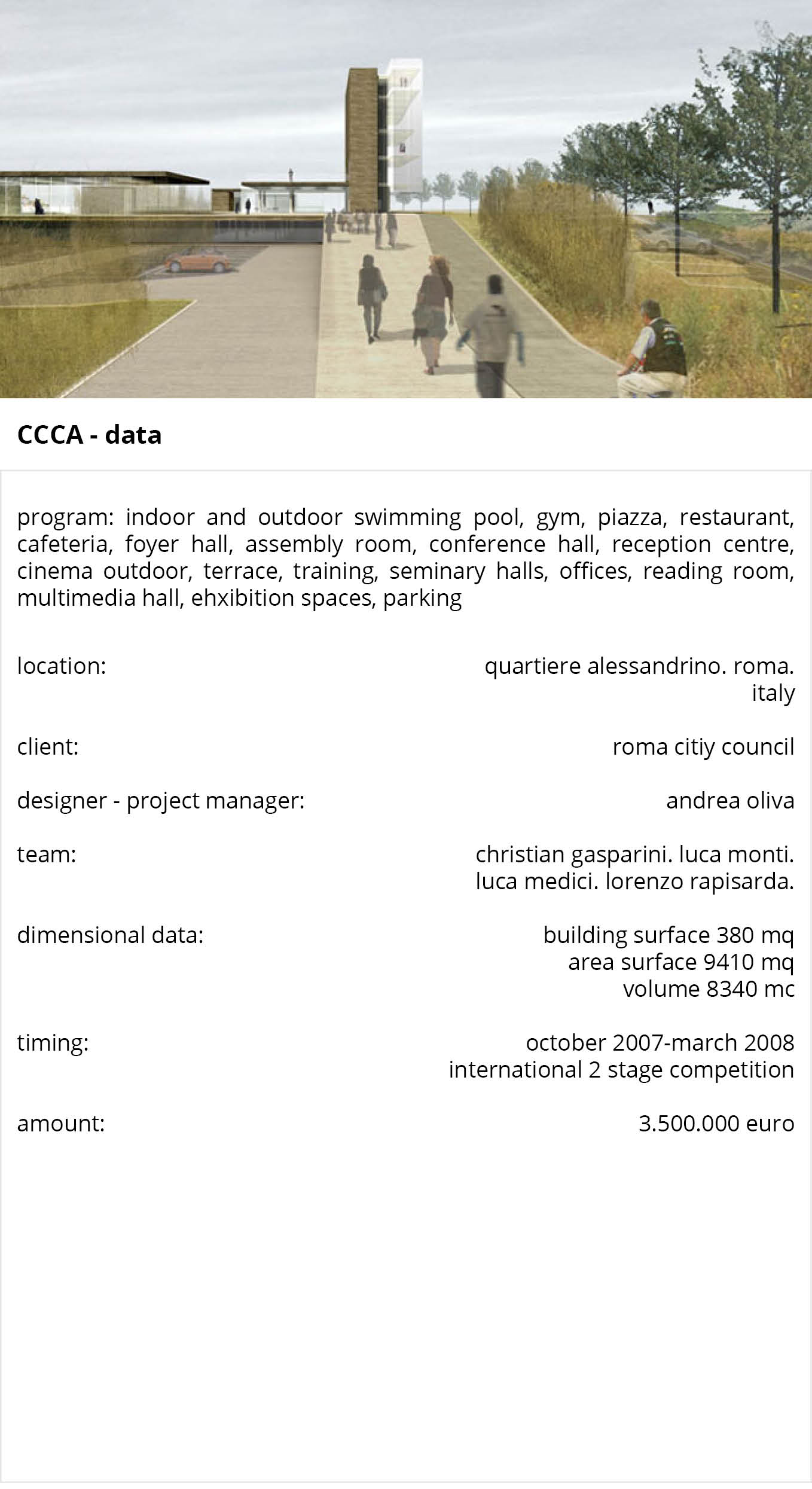