the  school campus defines itself as a network of urban spaces and connections, available to be crossed by students and citizens and that protects from and take advantages of  the sun rays, that protects an inner urban court with school vocation and reflects a new image of door and central place for meeting, walking, socializing between young and elder people, between young people and music, between young people and sport through the facade of the auditorium made of fotovoltaics panels.

the school centre is intended as open and flexible structure, available to be used all the week, by day and by night according to the shows. the centre places itself as dual of the castle in building a new walk and cycling way that connects the elements of a future exhibition, cultural and musical system, not only scholastic, that makes the city of novellara able to place itself within a county dimension as attracting pole.

the castle as a historic place and that might become in the future an exhibition place interconnected to the school centre to be built and that is thought as a flexible and dynamic system able to adapt to the different educational needs thanks to the modularity of its structure and to transform itself, thanks to the auditorium, in a place for listening, participations and media showings that gives a sense to the attendance of the citizen.the auditorium and the huge panoramic terrace faces on the campus, as open space cinema, exhibition space and concert hall, become the complementary element of the county hall and exhibition hall of the theatre. 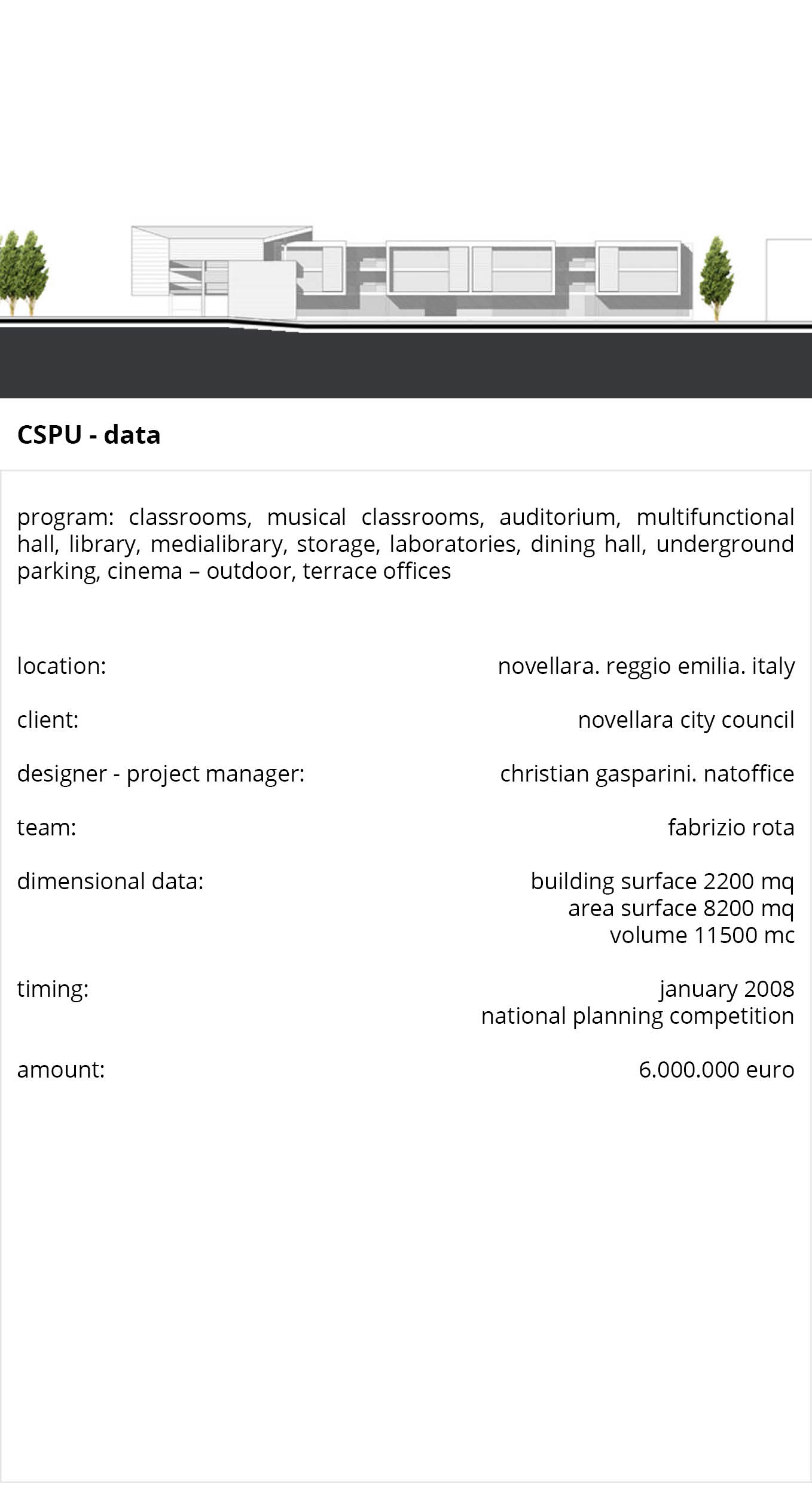