urban concept configures an open court towards the city as a place of assembly and access to all buildings and educational spaces. The childhood school arises as a transparent inner courtyard, a diaphragm between kindergarden and nursery school, while the multipurpose space is a core connected to the city. the architectural plan defines three linked places: the kindergarden as a promenade crossing the existing park, the nursery as the court that embraces the existing tree and the multipurpose room as a protected cave dug into the ground.

the open spaces are conceived as a sequence of urban rooms: the garden of the school complex as a place of assembly and access towards the city, the middle court as a protected and transparent place of children games, the nursery garden as a protected place for open learning in continuity with the classrooms. the cultural program is composed of overlapping blocks with parking and the underground deposits, the dug multipurpose space as urban place and access to the school; the kindergarden as a diaphragm between gardens, the kitchen space as an groud level service block to the complex, the nursery as a dual-level space facing north courtyard and south park and the offices as an higher gallery between the urban and inner courtyard. 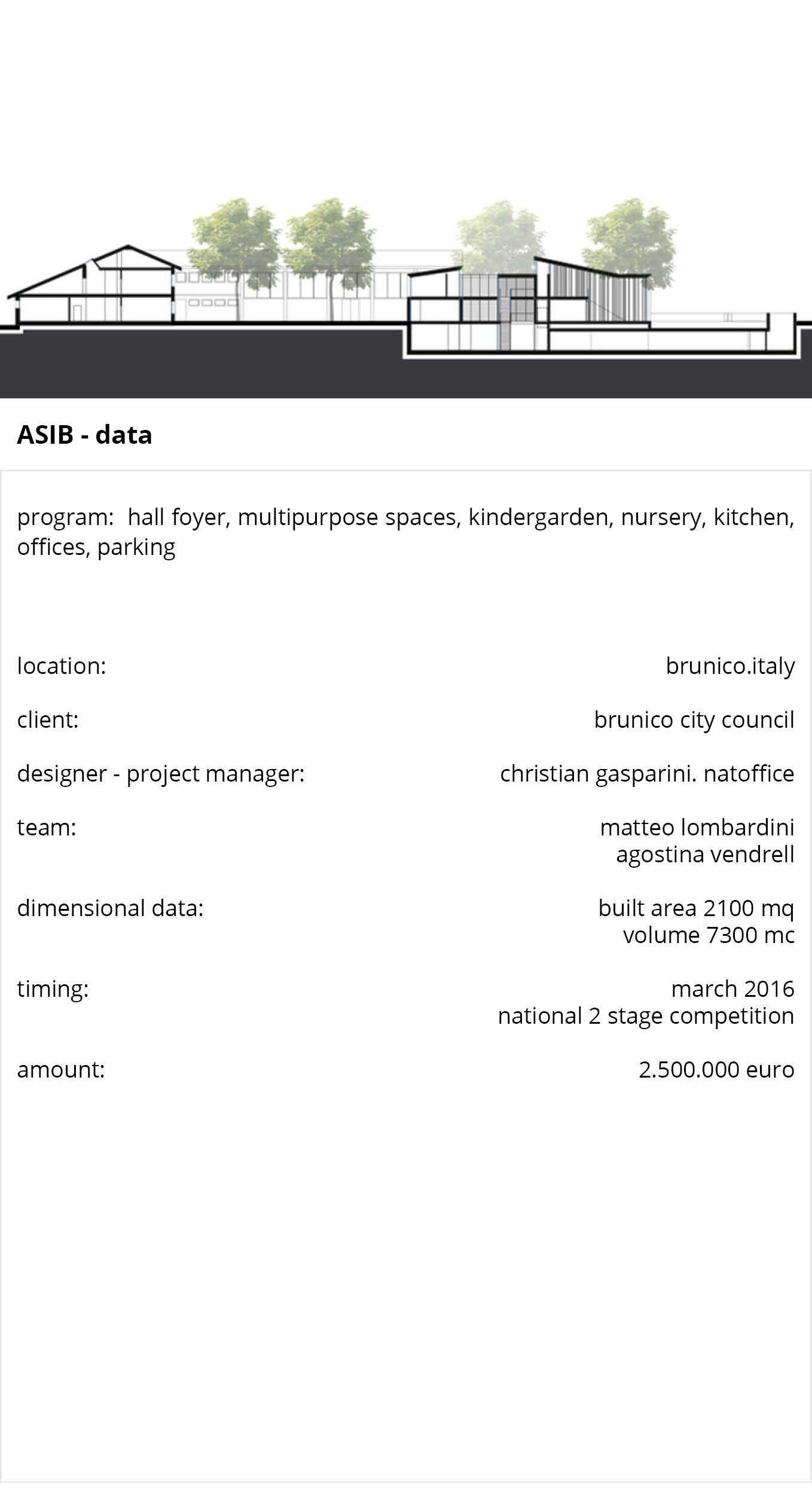