the project of the nouvelle comedie aims at building a urban interface able to attract the citizens of geneve and the visitors world-wide not only for the quality of the shows there represented but also for the way the building is placed within the architectural context thus recovering and transforming it.

the building, a huge rectangular volume, is beated, crossed, meshed and “disassembled” by the traces of the historic and environmental context, by the routes planned by the PDQ and by the realization of the CEVA.

the project is developed by the design of flows and dynamics of movement that are both internal and external. all the cycling, pedestrian and vehicular routes acquire new meanings according to the functioning of the inner and outer spaces of the complex.

the building emerges from the tangle of the routes using topography as a key element to define its meaning at the urban scale outside and the spatial-functional dynamic of bodies and volumes assembled in a complex machine for shows inside. 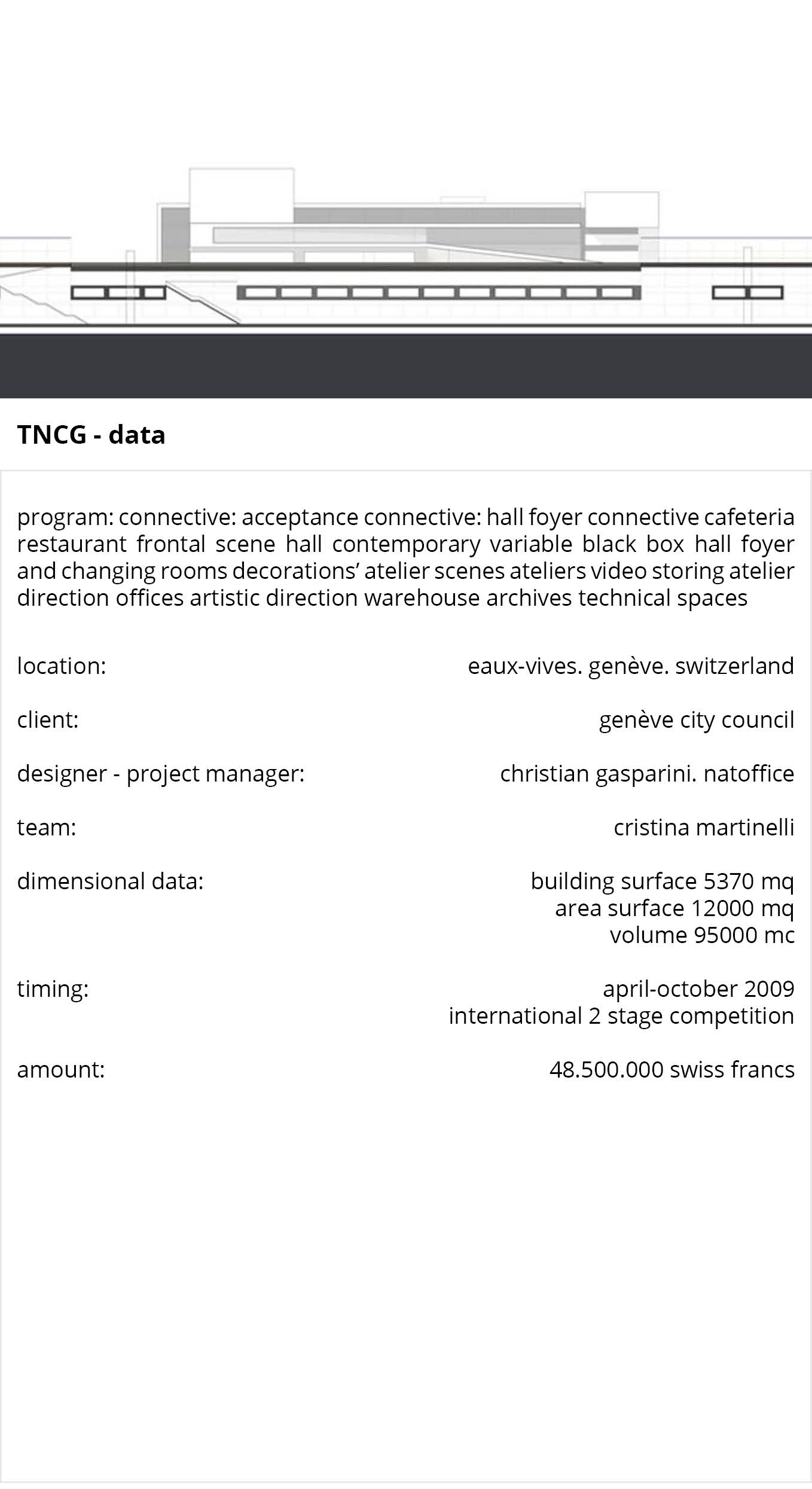