the concept works on the dimensions of the urban ecological network (ecological corridor/hills) of the architectural morphology and of the perceptive physical dynamic in order to obtain a new urban landscape characterized by a multiple network of emerging links.

the urban project develops the theme of the edification of new directional and residential buildings considered as ecological and architectural interface able to redefine and upgrade a deprived area, and to place itself as connecting diaphragm and bridge (stepping stone) between the north areas (Pavoni institute and football pitch enclosed) and the south areas (Piero Sraffa institute and residential area) and to transform them into a morphological determined place that becomes the centre of the network of new high level operations able to lay over and give new meanings to the urban context.

by means of this operation, new perceptions of the territory and its features are introduced both inside the new buildings as reaching an appropriation of the context, and outside in the open and built spaces that are placed in the net and completed by a rhythmic mesh made of emptiness and fullness. 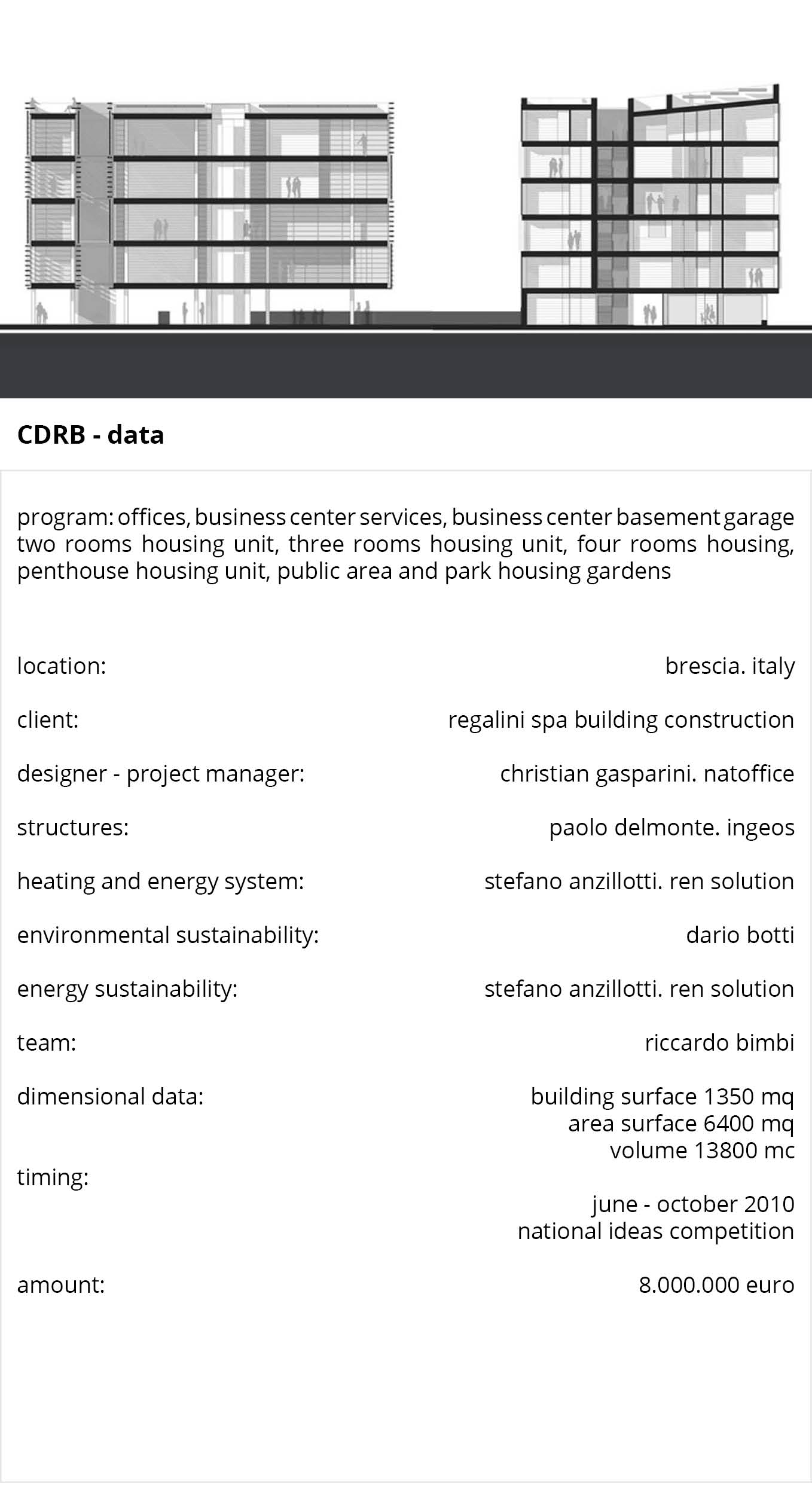