bioclimatic study of sunlight allowed us to build the architecture as a shadow, able to "reveal the presence", not only of the new project but also of the city and of its existing spaces, appreciated in their historical characters and in their environmental aesthetics qualities. the plan regards south harbor as an outdoor foyer of the helsinki city centre: everything is public (also the buildings’ roofs) and experienced inside a continuous spatial and perceptive variation; the master plan becomes a mean to stage the helsinki historical city.

architecture is intended as a set of minimal elements that may have a great significance, to assure the use of space like a living principle. the masterplan identifies two floors/levels of the harbour: one, already present, of the shores and another one new, which lies as an urban modification of the landscape of the city port (the fly over) disclosing new insights and visuals on the sea and from the sea (karjava satama), on the park and from the park (tahtitornin vuori) on the market place and from the market place (pohjoisesplanadi).

the shore determines in the masterplan the public infrastructure system of the port functioning and therefore doesn’t produce spatial variations but only flexibility. the fly over builds a new layer, a urban landscape and seascape gives new life to the skyline of helsinki south harbour and is instead a continuous variation of natural and artificial public spaces, open and closed, covered and uncovered, connected in a meaningful route network: the network of paths for pedestrians and bikers (suspended, inclined, on the ground and on the roof) is intertwined with the one of a new green railway for public transportation, able to engage in the park and to permeate throughout the masterplan from Kaivopuisto to Katajanokka. 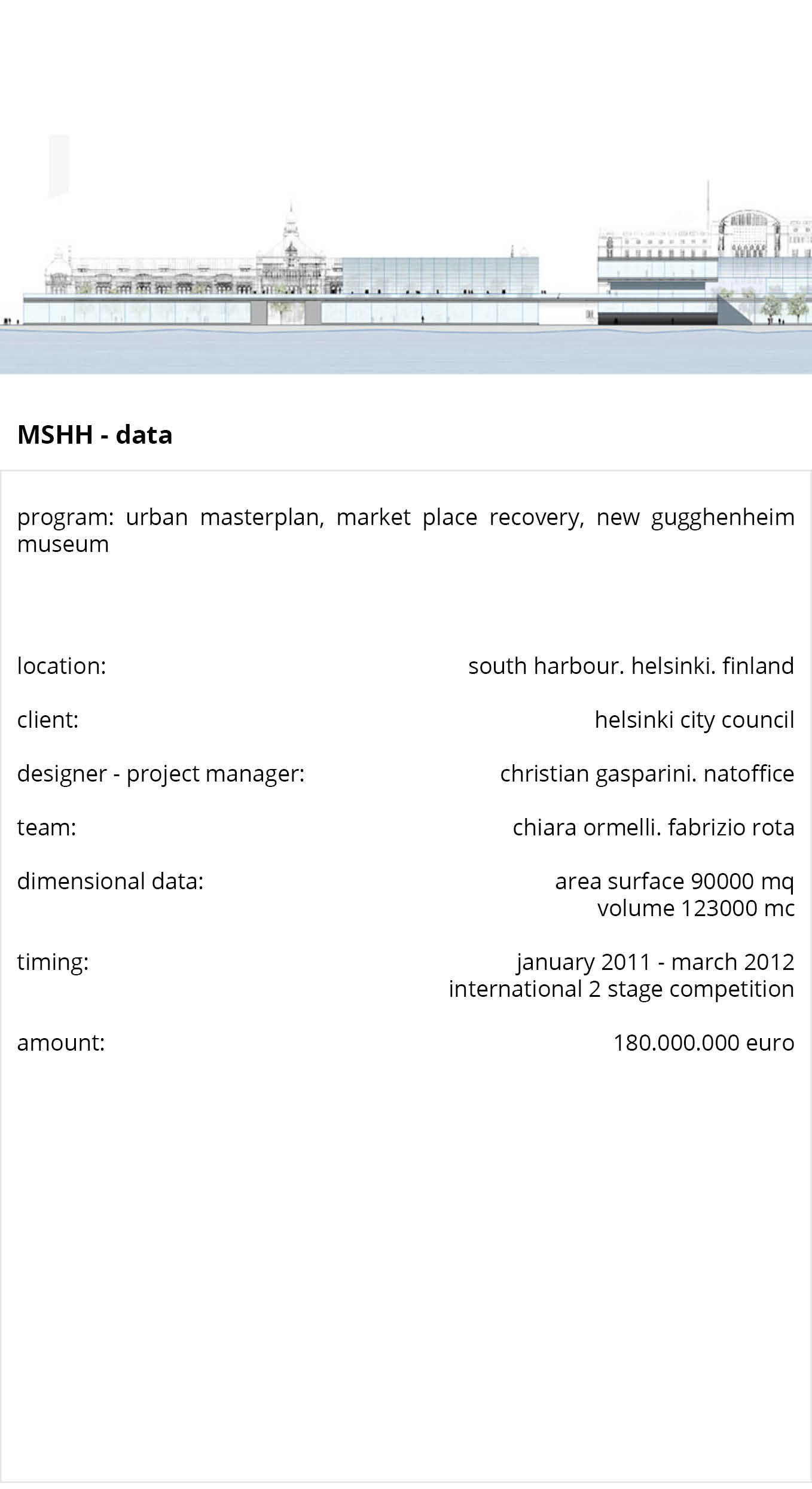